To the Lighthouse Book Important Question and Answers

Part A : Brief Questions with Answers

Ans. Sir Leslie Stephen was a famous Victorian critic, scholar and also the founder of the Dictionary of National Biography.

Ans. Educated at home by her father, Woolf was not allowed t go out for attending any institution for study but she had some lessons in Greek, taught to her by Janet Case, sister of Walter Pater.

Ans. Unlike other girls of her age who were discouraged from reading, Virginia had unlimited access to her father’s magnificent library and as she was a voracious reader, she spent much of her time in reading books.

Ans. Sir Leslie Stephen, Woolf’s father, taught her writing, saying whatever one intends to write, one must do so in the fewest possible words, as clearly as possible exactly what one means.

Ans. The sudden death of her mother in 1895 when Virginia Woolf was 13, and that of her half-sister Stella two years later caused her first nervous breakdown.

Ans. Virginia Woolf’s most critical emotional breakdown occurred after her father’s (Sir Leslie Stephen’s) death in 1904 of cancer. She even tried to commit suicide out of her mental depression and frustration.

Ans. Virginia Stephen married the writer and political theorist Leonard (Sidney) Woolf, son of a London based barrister on August 10, 1912.

Ans. The notable works of Virginia Woolf are To the Lighthouse, A Room of One’s Own, Mrs. Dalloway, Orlando : A Biography.

Ans. A Room of One’s Own, an essay published in 1929 is regarded as one of the most significant feminist texts.

Ans. Virginia Woolf lost her mother in 1895 when she was a girl of only thirteen and this caused her first mental breakdown.

Ans. Virginia Woolf had her most critical emotional breakdown on account of her father- Sir Leslie Stephen’s death in 1904 of cancer.

Ans. Following the death of her father, Sir Leslie Stephen in 1904 Virginia Woolf desperately tried to commit suicide out of mental depression and frustration.

Ans. In 1906, Virginia Woolf suffered a bout of depression and mental agony following the death of her brother Thoby from typhoid after a holiday in Greece at an age of 25.

Ans. The deaths of many of Virginia’s friends and family members caused her emotional disturbances. Besides, the prospect of World War II and her sick health were a heavy strain on her psyche leading to frequent attacks and fits of depression.

Ans. On March 28, 1941, after a serious attack of depression, Virginia Woolf filled her overcoat with stones, walked into the River Ouse near her home and drowned herself to death.

Ans. Virginia Woolf in her novels gives us the woman’s point of view. Her picture of life does not include sordidness and vice, brutality and criminality. For all these she is said to have represented the feminisation of the English novel.

Ans. Virginia Woolf made major contributions to Modernist fiction through her innovative use of experimental techniques such as stream of consciousness, interior monologue, poetic impressionism, indirect narration and multi-perspectives.

Ans. To the Lighthouse is an autobiographical fictional novel with its many characters and events, based on the author’s family but at the same time several philosophical issues, its style and social concerns have shaped the novel into a great work of art.

Ans. To the Lighthouse was published in 1927.

Ans. To the Lighthouse, being a “stream of consciousness” novel lacks a logical sequence of cause and effect but it has an emotional unity presented through a philosophical introspection of an omniscient narrator moving from one mind to another and controlling, ordering, and organising the chaotic material.

Ans. There are three major themes in the novel To the Lighthouse- (i) the study of human relationships, (ii) the relation between man and nature and (iii) the relation of art to life.

Ans. Rejecting the conventional method of narration in To the Lighthouse, Virginia Woolf presents interior monologues of different characters but she makes the central intelligence (the omniscient narrator) constantly busy organising the material and illuminating it by frequent comments.

Ans. In To the Lighthouse the story is not told in the way of a series of events but the nature and feelings of a number of characters e presented to us largely through their interior monologues.

Ans. To the Lighthouse differs from the conventional novels in its technique of narration in the sense that it is an objective account of a third person omniscient narrator who is the central intelligence, and who approaches and assumes the characters’ consciousness but does not identify with any one and free to comment impersonally.

Ans. Interior monologue is an extended representation in prose or verse of a character’s unspoken thoughts, memories and impressions rendered as if directly overheard by the reader without the intervention of a summarising narrator.

Ans. The interior monologues of different characters in To the Lighthouse are constantly organised and illuminated with comments by the central intelligence (the third person omniscient narrator) who sometimes assumes the characters’ consciousness but does not become completely identified with any.

Ans. To the Lighthouse is a novel where there is a careful blending together of characters’ consciousness, author’s (or narrator’s) comments and one character’s view of another through interior monologues. That is why it is a novel of multiple point of view.

Ans. The Ramsay family and some guests are spending a summer holiday in the mid-September on the Isle of Skye in the Hebrides by the west coast of Scotland.

Ans. The Ramsay sons are Andrew, Jasper, Roger, and James, and the daughters are Prue, Rose, Nancy and Cam.

Ans. There are six guests to spend the summer vacation with the Ramsay family and their names are Lily Briscoe, Augustus Carmichael, Charles Tansley, William Bankes, Paul Rayley and Minta Doyle.

Ans. Mrs. Ramsay makes a promise to James that if the following day’s weather is fine, he will be taken on a visit to the Lighthouse but he will have to get up early in the morning.

Ans. James is overjoyed and sits on the floor cutting out pictures from an illustrated catalogue of the Army and Navy Stores.

Ans. James’ hopes of expedition to the Lighthouse are shattered when his father Mr. Ramsay gruffly declares that the weather will not be fine the next day.

Ans. Mr. Ramsay is seen strolling on the terrace on the other side of the window.

Ans. Part II (Time Passes) of To the Lighthouse is designed to reveal the force of time and change upon man and his works, and also to emphasize the indifference of Nature to man’s fate.

Ans. In Part II we are informed that Mrs. Ramsay, Andrew and Prue are dead.

Ans. The Lighthouse still sends out its beam of light, but the house has been invaded by rats and there are other symptoms of decline.

Ans. It is past midnight and after Mr. Carmichael having gone to sleep blowing out his candle everything seems to be enveloped with darkness.

Ans. Silence, stillness and loneliness pervade the house due to the sudden death of Mrs. Ramsay.

Ans. Mr. Ramsay stumbling along the passage, stretches his arms out one dark morning but he does not find his wife who died the night before. So his arms remain empty.

Ans. Mrs. McNab is an old woman who looks after the island home of the Ramsays during their absence from it.

Ans. Mrs. McNab, an old working woman visits the island home of the Ramsays once in winter to dust the house, and to tidy up things as much as she can with her frail hands.

You Also Like: Heart of Darkness (Honours 4th Year)

Ans. May, during Spring.

Ans. One year after her marriage Prue Ramsay dies in Summer at the time of childbirth.

Ans. The First World War breaks out and Andrew who had enlisted in the army dies in France in a shell explosion.

Ans. James is sixteen and Cam is seventeen.

Ans. Lily has decided to resume the task of painting her picture which she left incomplete ten years ago.

Ans. The Ramsay house after ten years appears to Lily to be full of “unrelated passions”.

Ans. To Lily the Ramsay children seem much changed. Although they are looking dumb, they seem to resent their father’s tyrannical behaviour.

Ans. Mr. Ramsay reminds his children about the voyage to the Lighthouse, they are to make on the following morning.

Ans. Lily Briscoe is forty-four during her second visit to the Ramsay house.

Ans. Coming towards Lily, Mr. Ramsay looks at her, and she feels that he demands something from her, and this is her sympathy which she could not give him before.

Ans. Sighing profoundly Mr. Ramsay tells Lily that a trip to Lighthouse with two of his children is very painful and thus he makes a pathetic spectacle by remembering his dead wife

Do you find any trace of hypocrisy in  the character of Mr. Ramsay?

How is Lily able to have the glimpse of the reality in the novel To the Lighthouse?

“She was astonishingly beautiful. Her beauty seemed to him, if that were possible, to increase”

“And as she looked at him she began to smile, for though she had not said a word, he knew, of course he knew, that she loved him”.

“Yes, you were right. It’s going to be wet tomorrow. She had not said it, but he knew it. And she looked at him smiling. For she had triumphed again.”

Discuss the plot-construction of the novel, To the Lighthouse.

To what extent does Virginia Woolf use “the stream of consciousness” technique in To the Lighthouse?

Trace the relation of art and life in the novel To the Lighthouse.

To The Lighthouse Book – If you have any question on this topic than you also give your feedback using comment section. 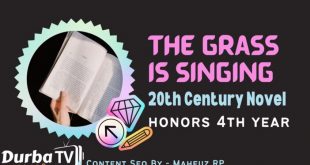 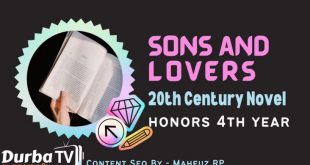 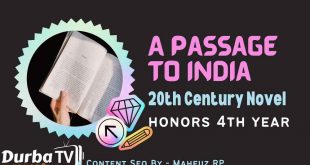 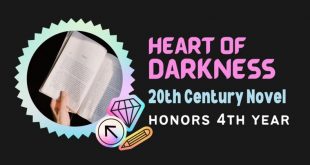